HomeAbout usInvolvement with organisations that care for vulnerable children and youth

Involvement with organisations that care for vulnerable children and youth

The children who started with The Soccajasco Kids project were persuaded by child-care workers doing outreach work on the streets to come to the Itumeleng shelter in Pretoria. In 2000 Nigerian Professor Meki Nzewi arrived in Pretoria and met some of these children. He recognised their unharnessed potential and the possibility of transforming their lives and of giving them a future full of hope through African musical arts education.
Prof. Nzewi started training the children in classical African drumming and moulded them into a performing group, The Soccajasco Kids. Initially the group consisted only of boys, but building on the success with them, a number of girls have also been introduced to the art of African drumming as part of this performing arts empowerment project.
Palissander initiated co-operation with the Kids in response to a request by the International Music Council to musicians world-wide to initiate projects that would promote peace through music and music through peace. The choir responded by establishing a multicultural ensemble including a Zulu praise singer and members of The Soccajasco Kids to perform a Peace programme at the Conference of the International Society for Music Education in Bergen, Norway in July 2002. The ensemble was the only performing group from Africa selected to perform at the conference.
Since then members of The Soccajasco Kids have joined Palissander in performances on the following occasions:
The co-operation with Palissander has provided ample opportunity for these children to grow in confidence and self-esteem and to experience healing, affirmation, love and social acceptance. It has also provided them with opportunities to grow as role models in their communities. According to the manager of The Soccajasco Kids, their lives will never be the same again.  Unfortunately the Soccajasco project came to an end in 2008. 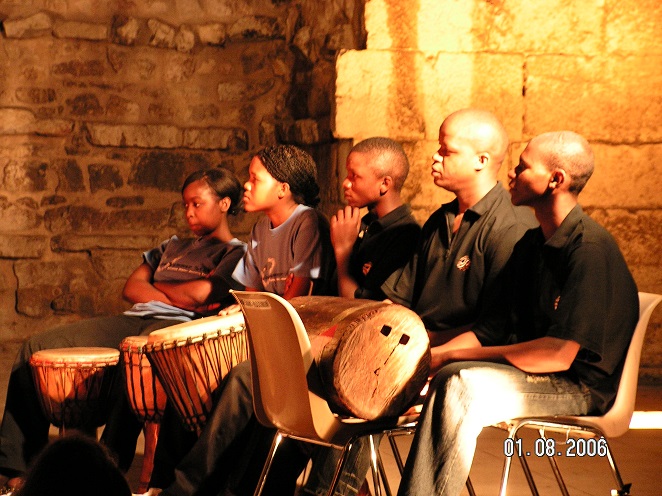 Dolphin House in Mountain View, Pretoria was launched in 2000 by The Manger Care Centre to accommodate, feed, clothe and oversee the education and rehabilitation of abandoned and abused children. After The Soccajasco Kids project came to an end, some of the former members of The Kids were placed in Dolphin House. 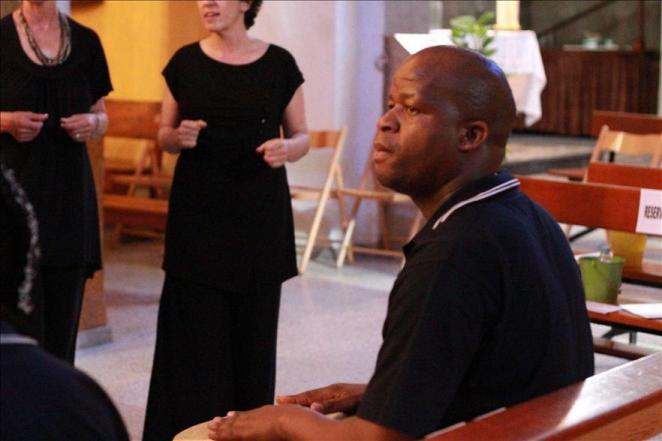 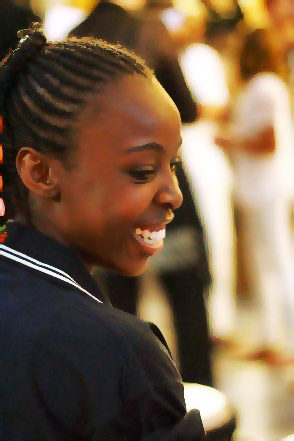 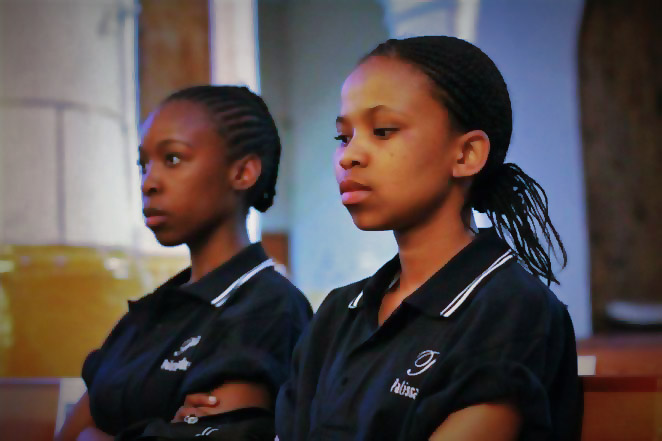 In 2004 it was estimated that 12 million children had already lost one or both parents due to HIV globally and that by 2010 that number would increase to 18 million children. In South Africa specifically it was estimated that the number of orphans would increase to 3,1 million (18% of children) by 2010.
Each member of the South African community has to decide how to respond to this challenge:
One person who decided to extend love and compassion is Dr Sunette (Pienaar) Steyn, who founded Heartbeat in 2000 in response to this massive orphan challenge in South Africa. Since its inception Heartbeat has reached more than 55000 orphaned and vulnerable children through direct and indirect interventions. These include child-headed households, granny-headed households and potential orphans living with terminally-ill parents.
In 2005 Palissander gave a benefit concert to raise funds for Heartbeat and in 2007 the choir performed at the Heartbeat Annual General Meeting. In 2008 Palissander decided to associate itself formally with the organisation. The Hymn to Life CD released in 2008 raises awareness of Heartbeat’s efforts and the CD booklet includes drawings by children who have benefitted from Heartbeat’s interventions.
Since 2008 Palissander has been donating a percentage of all concert revenue and funds raised to Heartbeat.

New Jerusalem currently provides residential care for abandoned, abused, traumatised, orphaned, HIV-positive children and vulnerable youth. In addition, family preservation, poverty alleviation and early learning Educare programmes are being conducted. The home aims to fullfil the children`s physical, social, emotional, spiritual and educational needs. It wants to be a good proxy for caring family.
Palissander participated in a benefit concert for the New Jerusalem home on 24 May 2009.